You are here: Home / Blog 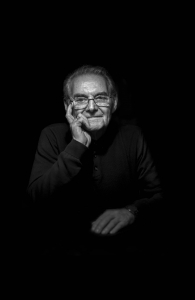 I had the pleasure of photographing Holocaust Survivor Tomi Reichental recently. He was fascinating to listen to and we could have spent hours chatting.

Before the shoot I had spent days wondering how I was going to photograph Tomi and how I could photographically represent some of the horrors that he has been through. So I had the idea of photographing Tomi coming out of the darkness to symbolise some of darkness that he has endured. I lit the photograph to draw the viewers eye straight to his face and the strength behind his eyes. When I explained my Idea to Tomi and asked him if that was OK, he said that he has been photographed a lot of the years and he loved the idea.